You are here:
MicrobladingPermanent Makeup 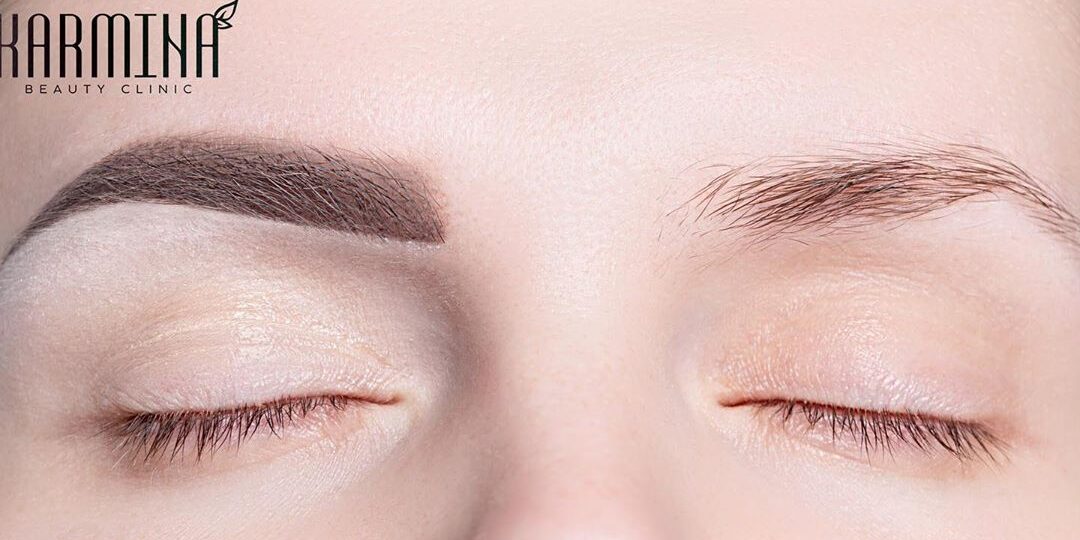 It becomes quite overwhelming when it comes to choosing options for eyebrow makeup. This includes an endless list of eyebrow microblading pencils, kits, gels, creams, mascaras, powders, eye shadows, and multiple applicators. Despite implementing multiple tactics, one rarely gets good results. The urge to get natural and symmetrical eyebrows is intact.

If you wish to skip this hassle of eyebrow makeup every morning but still look flawless, you should consider undergoing an eyebrow microblading service.

Are you wondering what is Eyebrow Microblading NYC?

It can be thought of as a semi-permanent tattooing process wherein pigment of ink is deposited only in superficial areas of your dermis. Needless to say, the process doesn’t hurt as much as traditional tattoos. There is little to no bleeding in the entire process.

The entire duration of the microblading lasts for one hour. Thereby, making it less time-consuming than your entire week of eyebrow makeup. To give you clarity of thought, we have listed down the steps for eyebrow microblading:

1. Initially, a numb cream is applied to the eyebrow area and is left for a good 15 to 20 minutes. It desensitizes your organs. This step is very crucial to avoid even the minimal amount of pain incurred.

2. The second step to eyebrow microblading is mapping out the symmetrical shape of eyebrows. An expert in the technique draws out an outline of the required shape to be achieved around the eyebrows.

3. Finally a microblade, which is a joint collection of fine needles, is filled with a pigment similar to the color of eyebrow hair. The blade is then used to draw gentle strokes on the eyebrow area. These intricate strokes give an illusion of dense and thick eyebrows.

Now that you know what do eyebrow microblading technique involves, you should know that it is a very safe process. The density of eyebrows lasts for a few years. It does not matter if you have a very active lifestyle; the pigment of strokes will never smudge due to sweating.

Microblading NYC is a boon to the ones who have had eyebrow hair loss due to skin diseases or chemotherapy. The micro bladed eyebrows appear equally natural. You need not worry about donning an artificial look.

Well defined eyebrows enhance the overall appearance of your face. Microblading helps you achieve this glam look by giving you a chiseled face. Consequently, it saves you time by completely skipping your daily eyebrow shaper routine.

When did microblading become popular? Read the brief history.
December 30, 2022

Before And Aftercare Of Permanent Eyeliner Treatment
July 12, 2022